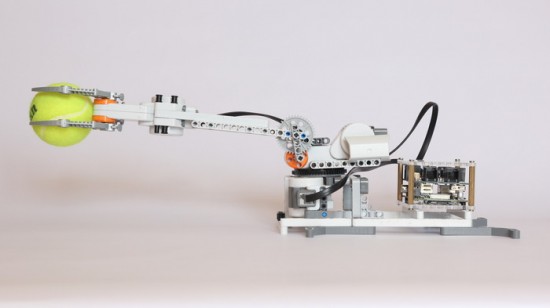 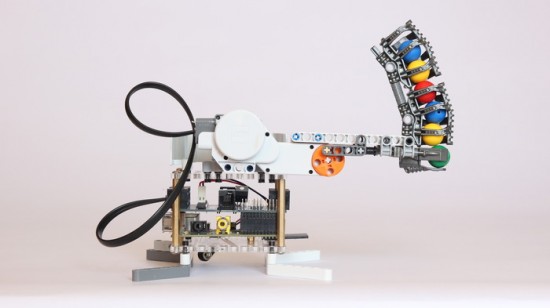 We love this Kickstarter campaign for a product that lets anyone adapt a Raspberry Pi so that it can be used to control easy-to-assemble robots. It features a sturdy case that Lego bricks snap onto, plus the BrickPi electronics board that lets Lego Mindstorms sensors, motors and other parts (up to 3 NXT motors and 4 sensors) plug directly into it. It also has a 9 volt battery source so that your robot can be tether-free; the battery powers the Pi as well as the Mindstorms parts.

It wil be interesting to see how accessibile the coding for the board will be. The developers have examples in Python and are working on a polished library of code. They also have ambitions to write a library for Scratch, the tile-based, visual programming language developed for children at the MIT Media Lab’s Lifelong Kindergarden group.

We also like their commitment to kids learning. Here’s what they wrote about their decision to be open source, “The design is open because we genuinely want to contribute to learning, and the best way to do that is to show your work.  We may be foolish, but we hope that people copy this, and make it better: it raises our game.  Even more importantly, we hope the BrickPi, regardless of who’s making and selling it, makes kids smarter and opens up the world of robotics and computers to them.”

Check out the project here: http://www.kickstarter.com/projects/john-cole/brickpi-lego-bricks-with-a-raspberry-pi-brain