Hacking for the Holidays: Helping kids with disabilities 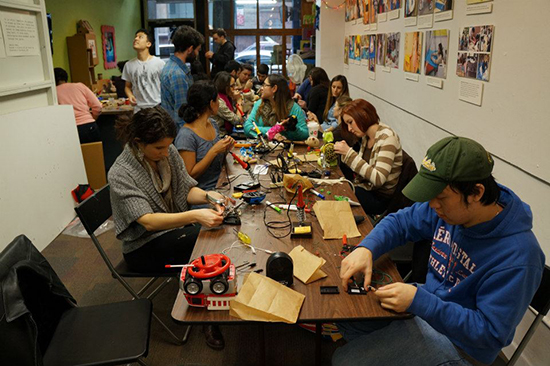 With Christmas time right around the corner, it’s getting down to the wire to find that find that last minute gift for everyone on your Christmas list. While this task is something that we’re all familiar with (and stress over) for parents of kids with physical disabilities this task can be something that’s even more stressful. For many such children playing with off-the-shelf toys is not possible, which is where Hacking for Holidays comes in.

Last Saturday I took part in a DIYAbility’s and the Adaptive Design Association Hacking for the Holiday’s, which sets out to invite makers, hackers,occupational, music and recreational therapists to come together and hack some toys, to make them switch accessible, for children with physical disabilities. The term “switch accessible” refers to the idea of making the toy usable by simple switches which can connect through a mono jack in the toy. If a child can move their head, feet, arm, mouth or any other part of their body it is possible to use a switch pluged into a mono jack to play with the toy. For example, rather than using a joystick to control an RC car, tack switches or momentary switches can be substituted. Adding these switch jacks to a toy does not affect the original toy; the existing buttons will operate as normal and kids who use accessibility switches will now be able to operate the toy, so it works for all users.

As part of the workshop, each participant brought a toy to hack, and together as group we worked toward integrating simple mono-jacks into the toy. 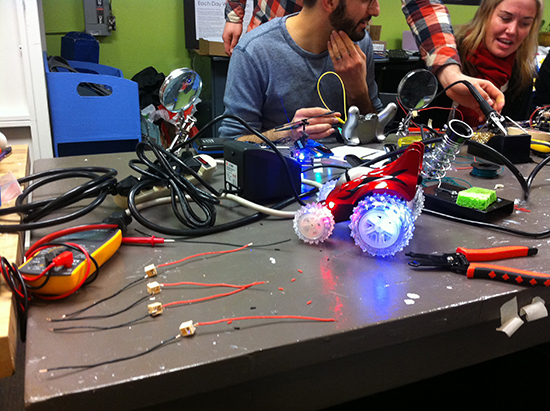 For my toy, I chose the Fast Lane Lightening Striker. Opening up the remote control revealed four simple spring clip switches(forward, backward, left, right), which would serve as the soldering points for the mono jacks. 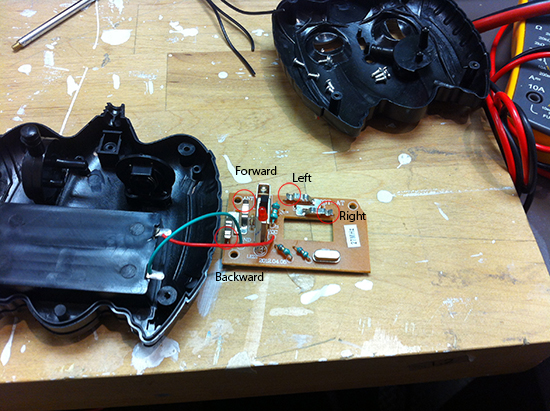 Isolating the PCB from the housing I soldered up four monojacks and then soldered them to the spring clips. A few holes in the housing to feed the monojacks through and the toy was back up and running with the ability for accessibility switches  to be plugged in. 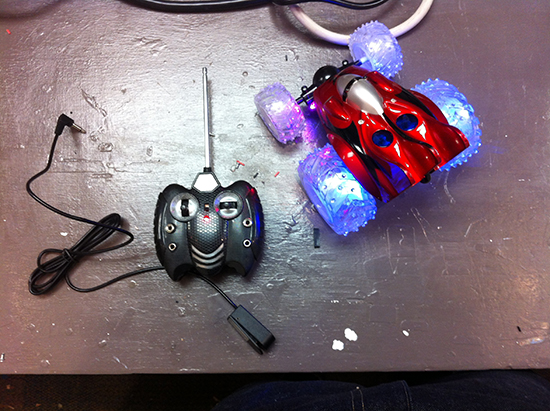 Overall the Hacking for the Holidays event was great time to geek out, while doing something meaningful. I’ll be looking forward to do it again next year