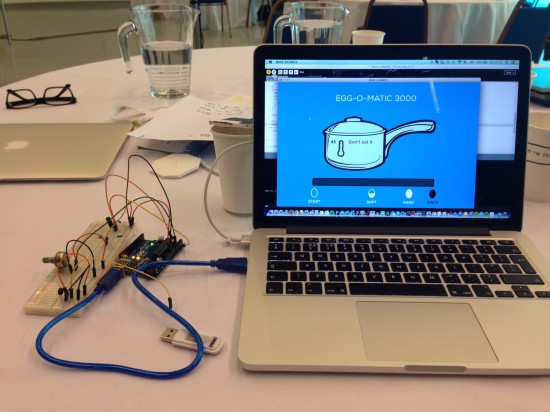 Last week Smart Interaction Lab was on the road in London at the UX London 2014 conference. In addition to giving a talk on the Internet of Things, we ran a 3-hour workshop on E-Sketching for Interaction Prototyping. In the workshop, we introduced participants to the basics of Arduino, and then quickly moved into demonstrations of a range of sensors. We used the scenario of an eldercare patient whose loved ones would like to be informed of changes in behavior, such as when medications haven’t been taken in time–much like the Lively system or the Vitality GlowCaps that we use in our Internet of Things examples. With some quick foam core and cardboard mockups, we showed how tilt switches, light sensors, accelerometers and temperature sensors can be used to help medication compliance.

Since UX designers value being able to visualize data, we linked our Arduino demos to Processing, a programming language that allows people to quickly create dynamic on-screen graphics. Once the demonstrations were done, participants worked as teams and it was their turn to get creative with foam core, sensors and code.

The teams worked remarkably well together, and the energy in the room was awesome. Picking from a range of suggested subject areas, teams created working demos of: 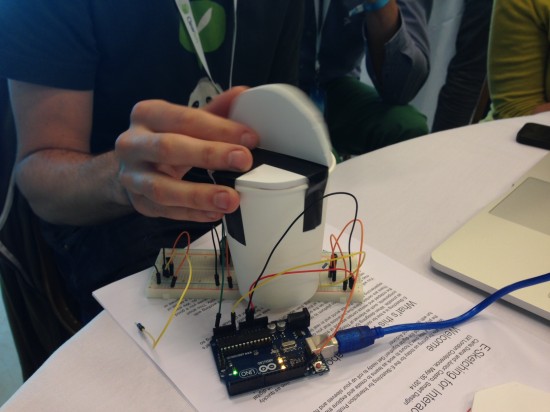 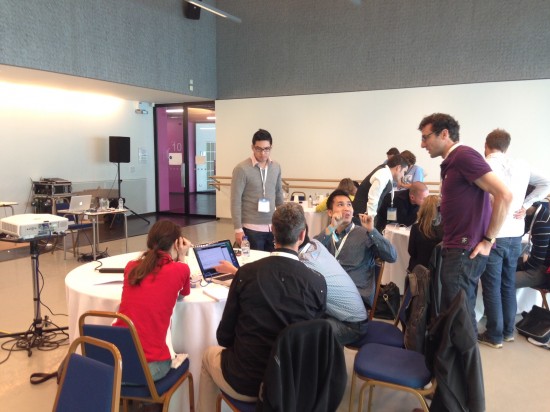 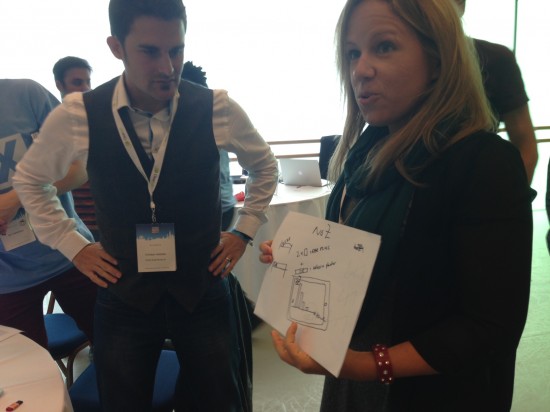 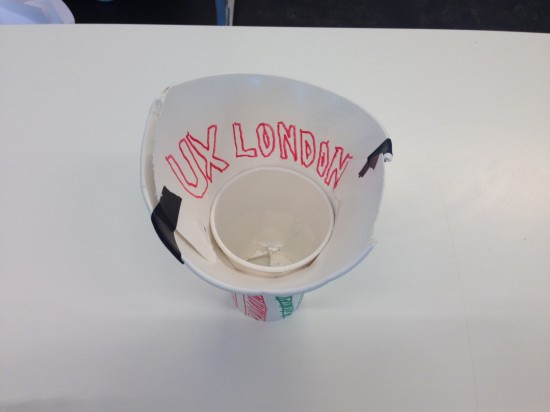 Special thanks to Junior Castro from the Interaction Lab for joining us in London.