Microsoft’s head of research and strategy showed off an interface concept back in February:

The most compelling ideas seem to be proactive software that anticipates next steps (but would you trust it to find the cheapest flight or know all of your obligations?) and a spacial environment that uses modal states to focus on specific task(s). However, all the spinning bits (“social radar” and alert) seem entirely gratuitous.

And the next generation Xbox UI (due at year end):

Will app stores on desktops lead to software renaissance?

Phil Libin, CEO of Evernote, certainly thinks so: his company doubled new user registrations since being part of the Mac App Store launch. (Being promoted by Apple doesn’t hurt either.) Microsoft, Intel, Google and many others are also betting on this form of software distribution.

Harnessing the power of the everyday gesture 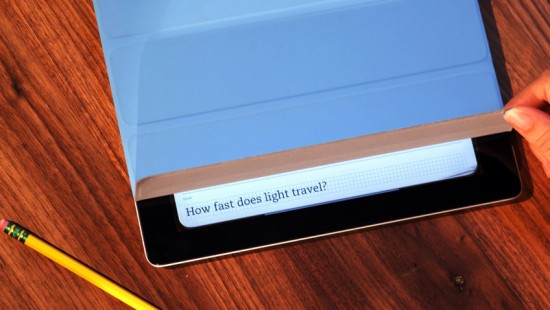 Lifting the flap of the iPad2′s cover is one of those actions that we at Smart call “fiddle factor”. You can’t help but want to play with it over and over, sometimes without even realizing you’re doing it. The developers of the iPad App Evernote harnessed this incidental gesture by building in a flash card feature that’s only activated when you lift the bottom third of the cover to “peek” at the screen.

Check out what FastCoDesign has to say about it.

Light Field: The Future of the Camera

How we shoot and share our photos is about to change. Lytro, is in the process of bringing the first light field consumer camera to market. It generates what they call “living pictures” that can be refocused on the fly, again and again, by anyone with the photo. Using the light field also allows for great capture in low light and automatic 3D image generation and has several advantages over plenoptic lens cameras. Light field technology isn’t new, but only now is it becoming available to the public in the form of a point-and-shoot.

Click anywhere on the image to refocus the living picture. 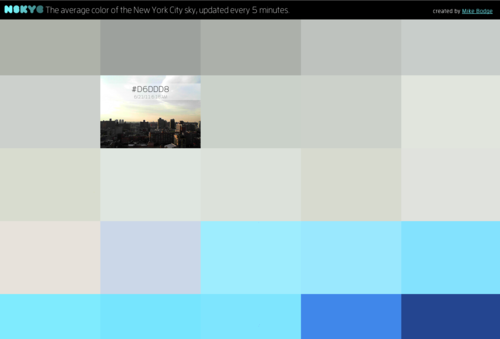 A fine example of dynamic art bringing your world (if you’re in NYC) into its creation. NSKYC takes a photo capture of the sky every 5 minutes and averages a Hex value. A mouseover reveals the photo the color block was sampled from. Cool!

Airbus released a video (below) and brochure (PDF, 4MB) ambitiously titled “Future by Airbus”. While mostly half-baked fluff, there are a few interesting bits: plane is covered by a “biopolymer membrane” allowing various levels of transparency (imagine a full panorama at 30,000 feet) and geographical points of interest are highlighted using holography.

Bitcoin, a two-year-old digital currency based on P2P technology, seems like a perfect solution for libertarians, money launderers and anyone who wants to gamble with their savings (it currently trades for about $14 USD but is notoriously volatile and actually crashed this Sunday after being hacked). Here’s a short video explaining how it works:

Its future is quite uncertain: a Gawker story of bitcoin use in online drug trade awoke Washington legislators. So it appears that bitcoins might soon disappear the same way that online gambling was impacted by U.S. clampdown several years ago. 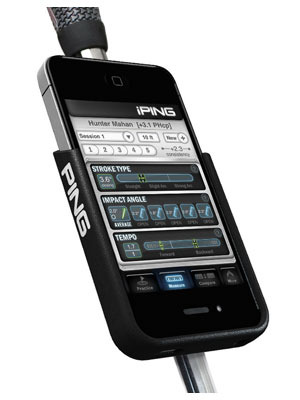 The iPing app for iOS is pretty useless when holding the phone in your hand, but when placed in context on a golf club it suddenly becomes an in-the-moment way to capture the details of a golf swing, taking full advantage of the device’s gyro and accelerometer. Values like stroke type (straight, slight arc, strong arc), impact angle, and tempo can be captured and recorded so players can get a precise report on what’s happening at every swing. Data can then be compared with previous values, or with other people’s swings.

Hacks are going to be ok for Kinect

This could help us to create even more interactive products! 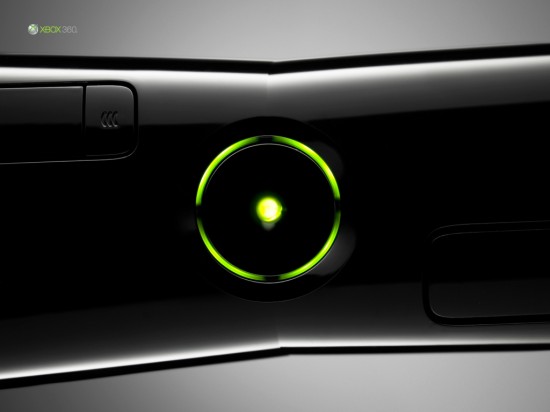 “The Imaginary Marching Band” is a project created by hacker/maker Scott Peterman who uses sensors attached to gloves to create electronic instruments. The sounds that are triggered are samples of analog instruments such as trombones and cymbals, but what makes these really engaging to watch is that they are activated using the same gestures you would use for those instruments. “Cymbals” sound when palms are smashed together, and “Tubas” wail when blowing into a piece on the thumb. Air guitar, anyone?

The project is documented on Scott’s website http://www.imaginarymarchingband.com and also includes great DIY information for people who want to know how to build it themselves. 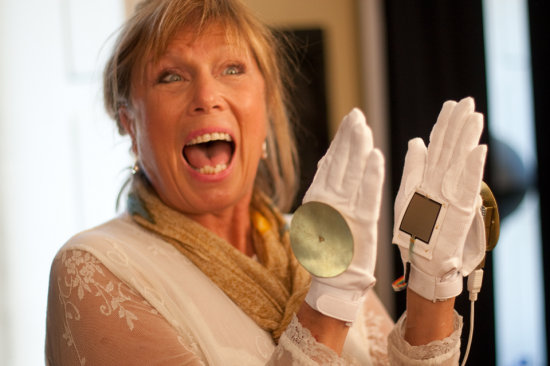 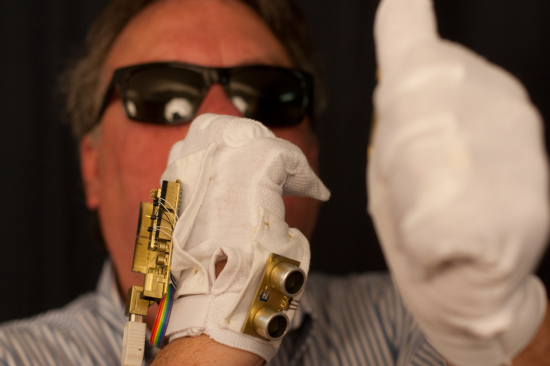