In our brainstorms around ways that the Internet of things can improve our everyday lives, we’ve been particularly excited about the potential for the collection of crowdsourced data to empower communities. With the ability to monitor invisible quantities such as air quality or radiation levels, people can work together to create a “macro view” of what’s happening in their environments.

The Air Quality Egg is one such project, that lets people measure and share several aspects of their environment that can be indicators of pollution through wireless outdoor sensors that communicate with a hub inside the home or office. The way they describe it, “The Air Quality Egg is a sensor system designed to allow anyone to collect very high resolution readings of NO2 and CO concentrations outside of their home. These two gases are the most indicative elements related to urban air pollution that are sense-able by inexpensive, DIY sensors.”

Last year we wrote about Lapka Blocks, a kit of really pretty white and wooden blocks that can be combined with a smart phone app to give people a window into temperature, humidity, radiation, EMF, and even the amount of nitrates in their food. 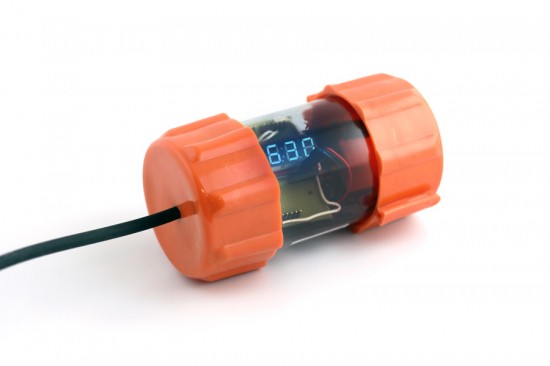 Another project we’ve got our eye on is the TrafficCOM, an open data platform for automobile and bicycle traffic counts. The device features a rugged sensor tube that can be laid out across a city street and then left in place to collect traffic data. Later, the device can be connected to a computer to view and share the data, giving people a window into transportation systems and urban dynamics that was previously only accessible through expensive products that were difficult to obtain.